Until 2015 the organisation was known as GISGA, whose origins go back to 1979, since when it has run competitions for girls.  It now organises boys’ championships too and so changed its name to I.S.G.A. dropping the first ‘G’.  However it is now affectionately known as ‘ISGA’.

The ethos of the association is to encompass all independent schools, whether large or small, and our competitions and rules are designed with this in mind. Our largest school is over 2000 pupils and the smallest below 100. Six age groups cater for the girls and three age groups for the boys. Many of the teachers and coaches have been involved for a number of years. Whilst our national championships are taken very seriously by all the teams and officials, we also endeavour to make it an educational experience for all involved. It is important to I.S.G.A. that competitions are conducted in a spirit of encouragement and friendship. 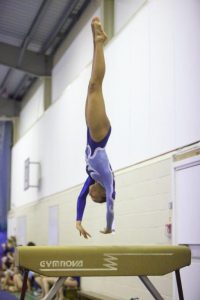 I.S.G.A. aims to educate and inform by holding Workshops to help teachers to improve their coaching skills and understand how to interpret the competition rules. Judges Training Courses are held regularly, usually in the early autumn.  These have a triple purpose:      a) As a Refresher Course for ISGA qualified judges. b) Training for those wishing to become an ISGA assistant judge in the future. c) For coaches and teachers wishing to gain further insight and knowledge in this area of competitive gymnastics. A computer scoring programme workshop is available for people wanting to learn how to use it with the possibility of purchasing it for use in their own schools.

I.S.G.A. is led by an elected Executive Committee.  Its officers serve for three years before standing down for new elections at the AGM which is held after the last competition, either at the end of the spring term or the beginning of the summer term. 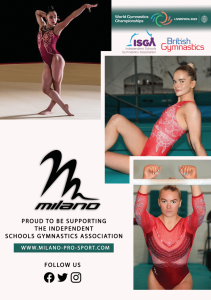